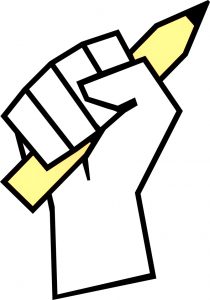 It is often assumed that elections are the defining characteristic of democracy. For example, democracy is defined on Dictionary.com as “government by the people; a form of government in which the supreme power is vested in the people and exercised directly by them or by their elected agents under a free electoral system.”

However, democracy is more than being able to vote. The Council of Europe’s unit working on democracy implies essential components of democracy when describing its work:

Ironically, some of the excerpts from Diamond’s 2004 notes from a lecture given in Iraq could be read as reminders to several leaders of Western nations we might assume are democratic: for example, “No one should denounce a political opponent as evil and illegitimate, just because they have different views.” Another: “Nothing ever justifies using violence against your political opponents, just because you disagree with them…. Democracy requires compromise.” 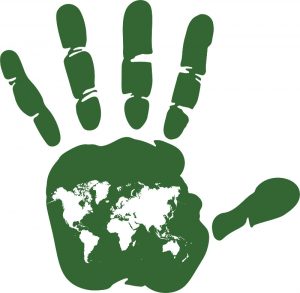 I would submit that some countries do this better than others. For example, the English and Irish style of parliamentary debate enshrines booing and jeering one’s political opponent. Habituation to this style (described on the UK Parliament website as ‘lively’) could lead a person to accept verbal violence and personal attacks in campaigning. I have a bias here – both culturally and personally, I prefer fact-based debate on content. But my cultural style is not the only other option: for example, I also observed speeches by European parliamentarians in which the style of a speech is a harangue delivered loudly. As with other elements of culture, perhaps the style of political interaction habituates us to some styles of interaction and makes others seem unattractive.

As said before, we like leaders who match our own hidden assumptions. Voters who assume society is competitive rather than cooperative, will see a competitive politician as more effective leader than someone with a collaborative style. Voters who feel angry and unheard, may support an aggressive speaker, assuming he or she is stronger. It is one of the tragedies of democracy, that the skills needed to campaign and convince the public to support one, may not be the same as those actually needed in the corridors of power. One current example is Theresa May’s repeated statement that she is strong enough to walk away from talking with the EU 27 without a deal. The effectiveness of this assertion is stripped with any logical scrutiny, while it also ignores that two-way conversation and compromise are essential inside the corridors of power. However, the effectiveness of her statement in eliciting support from voters is not at all congruent with the real effect that action would have on the well-being of people living in the UK.

Transparency – openness as to process and information – is one of the most essential elements in democracy. At the same time, it may be one of the least well-understood elements. Transparency challenges the very delegation inherent in a representative democracy: we elect people to work full-time on the major task of running a government and choosing new policies. When they are clear and truthful about the reasons for their choices, leaving ample space for any of the checks on their power to be implemented, it can help to build trust for future delegation. However, as non-experts who are not working full-time on political policy, it can be difficult for citizens to grasp all parts of a complex picture, understand the options, and thereafter intelligently challenge political actions. This is one reason why specialised non-governmental organisations (NGOs) are important in democracies. They comprise an additional counterweight to the power of the politicians. The concept is that NGO staff also become experts on the processes and policies, and yet, as they are outside and independent, this knowledge can be used to help design critique and information for the voters.

In describing the importance of well-informed external monitors, I am showing my bias again: this system functions on information and debate on content. Accuracy and impartiality helps develop trust among the voters…. or, the proportion of voters to whom this is the natural style.

Ideally, a large, well-funded, and independent media also contributes to the information available to voters and thereby to transparency. I am certainly not the first to suggest that part of the political discourse today is shaped by short bits of text, whether tweets or headlines, or short snippets of speech developed to be repeated in brief news stories. Human nature has not changed – it is perhaps the fact that extremes are rewarded and thereby encouraged in social media, as Evan Williams says. It certainly seems so when one encounters an article in more formal media, such as an edited and enduring newspaper, which is structured around a skeleton of Tweets. And this is our challenge today. Like a car or camera or human body, we need to maintain and take care of our political system for it to continue to function well. In order to continue to maintain our democracies, we must understand how we delegate power and counter-power. We should support the maintenance of the institutions created to keep democracy functioning, like transparency and NGO work, like balance of powers, and like accepting that democracy requires compromise. Understanding the rights of all in our society, is an essential element of maintaining our democracies.