A few days ago, an English friend theorised aloud to me that the original ‘peace project’ aims of the European Union (EU) had become attenuated over time. He wondered if the EU can still be seen as a peace project. If not, then perhaps Brexit might not be quite so awful.

It seems there are a number of questions to consider to be able to conceptualise this viewpoint: what peace is, whether the EU has been or currently is a peace project, and what leaving the EU might mean for the UK’s role in peace (or war).

Is peace the absence of conflict, or is it perhaps more? International Alert, a peace NGO, has a very broad definition of peace, including non-violent conflict resolution:

“*everyone lives in safety, without fear or threat of violence, and no form of violence is tolerated in law or in practice

*everyone is equal before the law, the systems for justice are trusted, and fair and effective laws protect people’s rights

*everyone has fair and equal access to the basic needs for their wellbeing – such as food, clean water, shelter, education, healthcare and a decent living environment

*everyone has an equal opportunity to work and make a living, regardless of gender, ethnicity or any other aspect of identity”

This broad definition is quite demanding – it includes human well-being, meaning in life such as right to make a living, good governance, and a fair justice system.

It seems to me that the EU has stretched beyond its original mandate, to create trade bonds that would prevent conflict. So, for example, the EU has created a charter of fundamental rights for EU citizens, despite the existence of the European Convention on Human Rights that is a cornerstone of the 47-nation Council of Europe. At the same time, some aspects such as human-wellbeing, link directly to the EU’s original aim of trade. An analysis which depicts human well-being as something more than GDP per capita, is very welcome. But let’s first look at how peace is measured, to see if the EU may be promoting peace within Europe.

The Institute for Economics and Peace (IEP) distinguishes between negative definitions of peace (e.g. the absence of conflict or fear of conflict) and positive peace. The IEP produces an annual global ranking of the peacefulness of countries including factors such as proportion of homicides and percentage of the population jailed, impact of terrorism, military expenditure, weapons capacity and weapons trade (all factors of ‘negative’ peace).

The 2016 rankings by IEP show that Europe is indeed the most peaceful region in the world. The top ten include EU member states such as Denmark. However, the UK ranks 47th out of the 163 countries examined. The report explains that the UK and France both have low rankings for European countries due primarily to their involvement in external wars. The only other EU member state with a low rank (82nd) is Greece, in part due to social unrest due to the economic crisis and the impact of the migration crisis on this Mediterranean country. So, although Europe is a peaceful region, national-level decisions about military engagement externally has lowered the UK’s ranking.

Trade was the main method of bringing about peace envisaged by the originators of the European Union, and the 1957 Treaty of Rome was about the common market. The six founding countries were three that worked often together as BeNeLux (Belgium, Netherlands, and Luxembourg), along with larger states of Germany, France, and Italy. All had been directly and hideously involved in World War II – either occupied or, in the case of Germany, ruled by a dictator and then vanquished and partitioned by the victors. It was pleasant that the 1960s was a time of economic growth, when hunger was replaced by improved well-being among citizens. 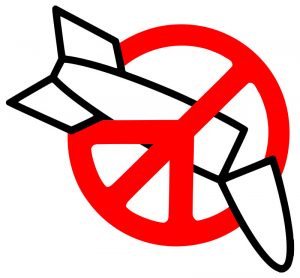 The positive peace described by IEP includes factors the IEP associates with building structures and processes for peace: widespread access to good information (protected by freedom of the press) and a well-functioning government, tolerance of the rights of others, and good relations with one’s neighbours, as well as relative equality of access to health and education, a healthy environment for businesses, education and other use of human capital, and a low level of corruption. In this ranking, Europe was a close second globally behind North America. The UK was ranked 14th globally in 2015 – I wonder, will this ranking drop as the UK’s relations with foreigners and neighbouring countries change?

That relations with foreigners is one component of positive peace can be important. All of Europe, as well as the Mediterranean and Middle East, are facing issues about foreigners. The UK referendum about leaving the EU was in large part associated with fears related to foreigners, whether refugees or economic migrants. Paradoxically, leaving is likely to eliminate access to one of the tools used by the EU to reduce conflict: getting to know one another and developing mutual understanding. This is more difficult from the island of Britain than from a continental European country. However, the exchange of students and the opportunities to work and live in foreign countries, have been a major part of the mutual understanding that could bring peace. Sadly, instead of mutual understanding, hate crimes have increased in Britain.

So, to answer my friend, I would conclude that the EU has indeed been a peace project. However, different member states have made different choices about supporting peace: the UK, as well as France, has prioritised external military action, and so it ranks less high than other EU member states in peacefulness, according to IEP. And this policy continues, with sending troops to Eastern Europe as part of the UK’s engagement in NATO. Brexit will not reduce the peacefulness of the EU, but it is possible it will leave the UK with primarily military alliances. No, I’m afraid Brexit will not help to create a peaceful world.

Trade, human well-being, and Brexit – another topic to be explored here soon.