Britain faces a number of global challenges which will have to be tackled whether the UK leaves or remains in the EU. We cannot insulate ourselves from the consequences of climate change. Violent conflict is driving millions of people to leave their homes, and Britain, whether in or out of the EU, has responsibilities towards asylum-seekers.

This is the second of three blogposts on the issue of whether Britain should stay in or leave the EU. About ten days ago we published a blogpost on the economic dimension. Here we are considering the global challenges which Britain has to face and how much influence Britain might have in the UN and other international bodies in the event of a “Brexit”.

Ultimately our lives depend on a healthy environment: clean air, clean water, fertile soil, and climatic conditions in which we can grow food. Our environment has to be protected. The Clean Air Acts of 1956 and 1968 did much to improve air quality in Britain, although road traffic still causes serious pollution, especially in urban areas. Our rivers are much cleaner than they used to be, thanks partly to the EU’s Water Framework Directive. It helps to have environmental standards harmonised throughout the EU, so that polluting industries cannot gain an economic advantage where standards are lower. But – in or out of the EU – there is much that we in Britain can do to protect and even improve the environment.

Climate change, however, requires a concerted global effort. We need to work together with our partners in Europe and throughout the rest of the world to reduce greenhouse gas emissions and to protect forests. Britain alone can do virtually nothing to reduce the risk of runaway climate change. An unprecedented global programme is required, and this will depend on the cooperative participation of every country in the world, including Britain.

Britain needs especially to cooperate with our partners in the EU. Last December nearly 200 UN Member States concluded a climate change agreement in Paris. Throughout 2015 the EU played a key role in building a coalition of developed and developing countries to promote an ambitious agreement. In March 2015 the EU was the first major economic power to adopt an INDC (intended nationally determined contribution) to the climate change agreement, setting out its own climate action targets (e.g. to reduce greenhouse gas emissions by at least 40% by 2030). Britain can play a more constructive role by cooperating together with our partners in the EU than we could do as just one state amongst nearly 200.

There is a need for massive investment in green technologies and green infrastructure, e.g. in the fields of renewable energy, energy efficiency and demand reduction, and recycling. If Britain acts in concert with our partners in the EU, this could give a major boost to the economy. Some people might claim that we can’t afford to make such large investments. I would argue that we can’t afford not to, given the consequences of runaway climate change. 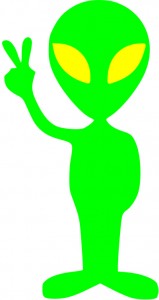 The EU was initially a peace project, set up after the devastation of World War II. Since then there has never been a war between EU Member States. The EU aims to be a force for peace outside its borders as well. Together with its European partners Britain is contributing to economic development, peace-building, and democratic governance in many countries, not only our former colonies.

Britain cannot realistically afford to maintain embassies in every country in the world. In smaller countries Britain is represented along with other EU Member States by the European External Action Service (EEAS). Without the EU, British interests would not be adequately represented in these countries.

In 2013 the UK government published a Review of the Balance of Competences between the United Kingdom and the European Union in the area of Foreign Policy. The report is “a reflection and analysis of the evidence submitted by experts, non-governmental organisations, businesspeople, Members of Parliament and other interested parties, either in writing or orally, as well as a literature review of relevant material”. According to the authors of the Review:

“Most of the evidence argued that it was strongly in the UK’s interests to work through the EU in a number of policy areas. The key benefits included: increased impact from acting in concert with 27 other countries; greater influence with non-EU powers, derived from our position as a leading EU country; the international weight of the EU’s single market, including its power to deliver commercially beneficial trade agreements; the reach and magnitude of EU financial instruments, such as for development and economic partnerships; the range and versatility of the EU’s tools, as compared with other international organisations; and the EU’s perceived political neutrality,which enables it to act in some cases where other countries or international organisations might not.”

In a blogpost entitled “Diplomacy post-Brexit: the UK sidelined and Nato damaged”, on LSE’s BrexitVote blog, Brian Crowe, a former Director-General for External and Politico-Military Affairs in the Council of the European Union, writes:

“While we could, and presumably would, still try to work in cooperation with the EU in areas of shared interest, we would no longer have an inside track in European policy making in areas of great concern to us: Russia, Ukraine, the Balkans, the Middle East and Turkey, to name only the most obvious.

No longer shaping EU decisions and policies, we would lose importance to and weight with third countries, not least the United States. Without the combined weight and resources of the EU as a whole in support of our policies, we would contribute less to international affairs and be paid less attention to by others.”

This view is reinforced by other experts in the field of foreign affairs: Karen E. Smith, Professor of International Relations at the LSE and Director of the European Policy Unit; and Katie Laatikainen, Professor of Political Science at Adelphi University. They write (also on LSE’s BrexitVote blog):

“Leaving the EU would have an enormous – almost entirely negative – impact on British influence in international relations, as numerous commentators have already argued. … The EU is particularly important: it is the most well-resourced, well-organised group at the UN. Its voice is heard on almost all issues on the UN agenda. Its positions are usually the nodal point in any negotiation or discussion. Within the EU’s coordination processes at the UN, the UK plays a crucial role in shaping decisions. … Leaving the EU would have a negative impact on the UK’s influence in multilateral negotiations at the UN, because it would find itself outside this key group. … In a world where power is diffusing not only to other, non-Western states but to non-state actors, Brexit would be a nostalgic vote for a world order that no longer exists.  Power in contemporary multilateralism emanates from social networks, and Brexit would undercut the UK’s role in one of the most critical diplomatic networks shaping global governance.”

Britain has responsibilities towards asylum-seekers as a member of the UN and of the Council of Europe.

The Council of Europe is not to be confused with the European Union. Set up originally in 1949, the Council of Europe now has 47 member states and has an important role promoting human rights, democracy, and the rule of law. Every state in Europe (including Turkey and Russia) is a member, with the exception of Byelorussia.

Britain, whether or not it is within the EU, should meet its international responsibilities by taking a proportionate share of refugees fleeing violence and persecution.

Immigration from within the EU has significant economic benefits for the UK. And David Cameron has negotiated an “emergency brake” to be applied to the payment of benefits to EU migrants coming to Britain. The third of this series of blogposts will give more attention to this issue.

Whichever global issues might concern us – peace and security, environmental protection and sustainability, economic justice – the UK is better off within the EU. Now, in the 21st century, we face global challenges which need to be tackled by all the world’s nations working together. And we need all the countries of Europe, including the UK, to be working together to overcome the problems which we share.

We cannot afford to revert to the way things were in Europe until 1945 with tribes and nations warring against each other. The result of that is likely to be mutual destruction through warfare and a failure to cooperate to combat climate change.

We need to recognise that “British values” aren’t much different from “German values” or “French values”. All people of goodwill value justice, peace, solidarity, and democracy, whether we’re Italian, Swedish, Polish, or British. My values have much more to do with my faith community than with my nationality. Let’s stay together with our partners in Europe.