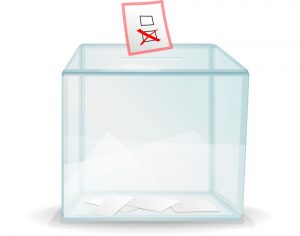 [5 June 2017] Voters in the UK will be going to the polls in a few days’ time. The US President has been in office for just over four months, and he has been demonstrating a different style than has been usual among world leaders of democracies. Elsewhere, there has been a referendum in Turkey about presidential poswers, elections have taken place in some German states while federal German elections are approaching in September, a new President has taken office in France where soon there will also be parliamentary elections, and the Dutch parties are in their tenth week of discussing how they might form a coalition, following the Dutch parliamentary elections. I probably omitted several developments – like the Maltese election – but hopefully I have painted a bit of the background as to why governance might be so much in the news these days in Europe as well as elsewhere.

When we elect a president or think of the prime minister, we are considering what kind of leader we would like. Leadership is a role we perform, or receive, in all aspects of our lives. Leadership can take many forms. Cooperative, empowering, or supportive leadership is often the style touted in organisations, but this is a model inherently difficult to appreciate. The success of a leader’s style is determined by the followers and their expectations. For example, a collaborative leader might be judged as weak rather than empowering, and that reception by followers which mean the leadership will fail. Alternatively, an autocratic leader might be welcomed, or, conversely, judged as infringing the rights of others. We the followers have a responsibility to the type of leadership we accept.

This is why I find it frightening when observers of President Trump express relief when he seems ‘presidential’.

“When Donald Trump acts like a normal president, I find that soothing,” said Daniel W. Drezner, a professor of international politics at Tufts University’s Fletcher School of Law and Diplomacy. [emphasis added]

To focus on another national leader, the UK’s Theresa May, one might wonder if this is a woman who understands that leadership only as rigid and harsh. And egotistical. An article by Jonathan Foreman reportedly pulled from the Telegraph after pressure from May’s campaign team, points out that promoting oneself is not the same as being an effective leader. Or perhaps it is: the Conservative Party approach, according to Deutsche Welle, was originally indeed to promote Theresa May personally and in contrast to Labour’s Jeremy Corbyn, rather than the party and its policies. May reportedly involves her ministers in reverse proportion to the importance of the decision. Is this another sign of her inability to work well with others? Does putting such a person in a position of national leadership create a risk of autocracy? How is it that people may exercise their right to vote to elect someone whose style is autocratic, and continue to support that person? So, for example, although the approval ratings for Donald Trump’s performance as president of the US may be lower than those of other presidents at this stage in his term, it is at 36%, which means that more than a third of US voters are satisified with his leadership. 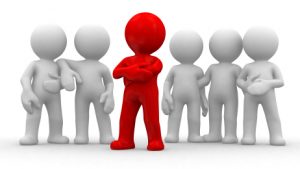 Ágnes Heller is a Hungarian philosopher who has spoken and written about populism and illiberal democracy. She is Jewish and survived the Holocaust as a teen in Budapest. She earned her philosophy doctorate in 1955. Think about what it might have been like for a woman studying philosophy in the 1950s, and we get a glimmer of her strength of character and intelligence. It is not suprising she has some individual and thought-provoking analyses about political processes.

After a career including teaching in Australia and holding a chair named after Hannah Arendt at the New School for Social Research in New York, Dr Heller now lives at least part-time in Hungary. She can comment from direct knowledge of political developments in Hungary, although not on Hungarian TV as Prime Minister Viktor Orbán has banned her from speaking on Hungarian TV.

Dr Heller spoke to a German audience during the Protestant church’s ‘Kirchentag’ in Berlin a few weeks ago about illiberal democracies in Hungary and elsewhere in the European Union. In describing some of the populist movements in Europe, she pointed out that the new religion in Europe, since the Second World War, is national identity. She described politicians as using ideology to increase their personal power, and mentioned that the autocratic politician tends to single out one opposing person as the ‘devil’, as Orbán has with George Soros and Erdogan with Gülen. (And Theresa May with her personal attacks on Labour leader Jeremy Corbyn?)

There is a myth in our societies, that we all deserve continually improving lives. This fiction was easy to uphold in the 20th century, as living standards rose, washing machines freed household workers (read: women) from huge amounts of housekeeping labour, and goods become more affordable for many. It is only since the 2010s that media space has been given to the concept that we might be frustrated in the assumption that our lives will continue to become easier and our standard of living continue to improve. The same phenomenon is visible in the US.

Heller has said Europe has always turned to dictators like Napoleon when crises occur, because Europeans have no frustration tolerance. Voters choose for security rather than freedom, says Heller. I suppose this answers my burning question, which is, how is it that voters choose to elect leaders who are clearly autocratic? Or, to put it another way, how did democracy, exercising a civil right to vote, become disengaged from honouring other civil rights, such as free speak and an independent media?

To end, I would like to leave you with some words of Dr Heller’s from 2007, to reflect upon:

It is a fact that difference makes people afraid because it endangers their belief and confidence in their own lifestyle, in their own concepts of right, good and true….Blaming scapegoats, canalizing life problems into hatred and resentment against the other are the oldest trick of humankind.

Politicians are in average not worse than doctors, teachers or chimney sweepers, neither are they better, they are just like them. They have to perform their tasks well, and if they do, they deserve praise and confidence, but not love. Only tyrants and dictators ask for being loved. And as far as power is concerned, we are all power seekers. Without being empowered to do something one can do nothing, achieve nothing, one remains impotent.
Recent tweets from The Thinking Pot