This blog has taken a long time to evolve prior to publication, in part because I wanted to avoid a teacherly style. During a recent gathering, I heard a young man comment on human rights, explaining his support of the death penalty: “I believe that everyone is born equal, and with rights. But people might do things – like engage in terrorism – which then means they have given up their human rights. So, I support the death penalty for terrorists.”

A significant issue here is that the right to life is by no means the only human right which our countries say they honour. For most of us in Europe, our countries have signed up to no fewer than three lists of human rights, agreed at different levels of international cooperation. This is where I wish to avoid a teacherly tone and simply say that you could look on the internet for the European Union Charter of Fundamental Rights, the (larger) Council of Europe’s European Convention on Human Rights, and the United Nations Universal Declaration on Human Rights.

Of these three, my favourite is the European Convention on Human Rights, because it is a voluntary club which nevertheless has the European Court of Human Rights (ECtHR) behind it, to keep the signatory countries honest. One could even ask why the EU has expanded its remit into the area of human rights ( referred to as “fundamental rights” within the EU) when the Council of Europe has been in existence longer (since 1949), and with a court as well as a convention.

In the Council of Europe, there are 47 Member States, including all the countries on the European continent with the exception of Belarus. In contrast with the views of the young man quoted above, the European Convention on Human Rights explicitly forbids the death penalty, and also prohibits torture. The logical jump the young man made, was to assume that the right to life is the only right: he was fortunate to be able to forget that safety, freedom of expression and of thought, the freedom to vote, and the right to a fair trial are all also essential rights which should be protected no matter what we might have done. The concept of human rights as being ‘inalienable’ – cited, for example, in the UN Universal Declaration of Human Rights – means that we deserve them simply by virtue of being human. It doesn’t matter who we are, or what we believe.

On a hot, sunny May day some decades ago I was among five thousand students who received a bachelor’s degree. Time has not erased from my memory one phrase which I had not heard before that day. A speaker granted all of us new graduates ‘the rights and the responsibilities’ associated with the university degree. Suddenly, the meaning of the degree changed for me. For most of my life, it beckoned as an alluring certificate won by four years of hard work and late nights. However, the speaker at my graduation suddenly illuminated the fact that increased skills – and presumed higher social status – brought responsibilities along with the rights.

This conjunction of rights and responsibilities is epitomised, for example, in honest assessments of conflict of interest. Where someone has the power and the skill that could mean undue influence, they also have the responsibility not to exercise undue influence.

This same concept is behind the structure of most democracies: there is a division of powers between various structures. A system of review and evaluation or interpretation, can help prevent those with the power and skill from exercising undue influence. Laws are created by parliaments and implemented by courts whose objectivity is essential and must therefore be zealously guarded. We need to be able to trust that this system of independent review will work; we apply it in many parts of our society; systems audits, external examiners, and consumer reviews are only three examples. Freedom of expression is protected precisely to allow ordinary people to voice criticism and thereby contribute to social review. The most contemporary manifestation of this freedom of expression is social media – access to publication on the internet for virtually anyone – functioning as a form of independent review for governments.

Another reason for being reminded of responsibilities as well as rights, might be that power does corrupt people. Have you seen a friend whose comments are not challenged, become lazily accustomed to not having to answer challenges? I have. Look around: you can find it on many levels, from those who arrest critics of their actions, to those who talk over others in a discussion, to those who personally criticise people just because they hold different ideas. We struggle with people who think differently, precisely because it challenges our preferred laziness – or ignites our fear of loss of power. The rule of law helps keep the balance, as laws are (or at least should be) objective, can be revised by the legislature, and are applied by a set of judicial experts. 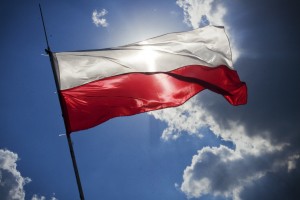 There is a worrisome trend within and between many parts of Europe, to tip the balance of power. I will take only one example for today. In Poland in the past two months, a new government has changed the power of the constitutional court and restricted the independence of the media. Poland comprises nearly 7% of the population of the EU, which is rather a lot in a conglomeration of 28 Member States. The recent changes in Poland will be discussed by the 28-member EU College of Commissioners – one appointed by each EU Member State – tomorrow, 13 January, with an eye to seeking to decide if monitoring is necessary.

But what can be done when a member of a voluntary club flouts the rules, just as Russia flouts the rules of the Council of Europe, of which it is a member? What possibilities are there for proactive and positive action? The recent comparison by Polish politicians and one magazine of EU politicians, including German politicians and also Jean-Claude Juncker of Luxembourg, to Nazis, is hardly helpful. Or ‘brotherly’.

Since the beginning of 2016, the rotating presidency of the European Council has been held by the Netherlands. Its work programme includes encouraging respect for the rule of law and protection of fundamental rights.

The EU frequently appeals to values which are supposedly shared across Europe. To my mind this is a facile and superficial view of a broad range of diverse societies. Hungary’s leader has voiced support for the changes in Poland, for example. Are there in fact any “European values” which we all share across the continent? And do they include human rights?