[13 March 2017] We are in the midst of an international furore about information and media. Every day seems to bring a new twist to the issues. This rapid evolution has made it difficult to publish this blog: it is hard to be sure that one has grasped a whole leg of the amoeba. And that problem is itself one of the elements in this crisis about reporting: news stories which are not complete. An incomplete story – whether not thoroughly researched or incompletely reported – can draw the reader toward a misleading conclusion. Reporting less than thoroughly can lead to reader bias being developed or confirmed.

We rely on others to inform us about news and about events. And there are more and more sources. Whereas previously, journalists at least in theory aspired to certain professional standards, today anyone – like this blogger – can start publishing on the internet. However, no matter who the writer is, the reader can also be trained to examine stories carefully with a critical eye. To this end, I have put together a description of some of the media problems that the reader might be able to navigate around. In this blog, I want to describe three: we have problems with simplistic treatment of complicated issues, sloppy or biased word choice, and the creation of social sub-groups who share an interpretation of the issue. None of these are new problems, but it does seem that they are more severe today. 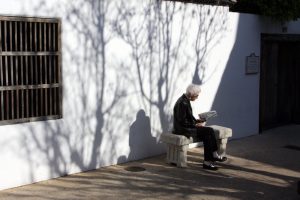 It is hardly a novel observation, that most of us rush around in our lives, and that brief articles fit best into the short moments of reading time we might find in our busy schedules. We can ascribe the impetus for short articles to packed schedules, to impatience or distracted attention spans, to the wide range of issues that we might like to follow, to the brevity of Tweets, or perhaps a mixture of many factors. However, it is the lucky few who have the time and attention to read long essays. This has been ‘humorously’ highlighted by, for example, US President Donald Trump tweeting a single sentence from an article that he may have spotted in a TV report – without checking the original article and ascertaining its overall position.

A short article cannot do justice to complicated themes – and most issues are complicated in politics, economics, international relations, and all those fields which touch on our lives. A brief article will only tell part of the complicated story. By definition, some important elements will get left out. The choice of elements to recount and elements to omit, will of course affect the reader’s conclusion. Our haste-ridden lives have made us vulnerable to partial accounts and premature conclusions.

To take a current example, what do you know about the Dutch elections taking place this week (15 March 2017)? There are 28 parties on the ballot – how many can you name? The international media obsession with Geert Wilders, an Islamophobe who doesn’t even let other people join his one-man party, had led to a lot of free publicity and a big profile for this one man. It is very possible that it helped increase his 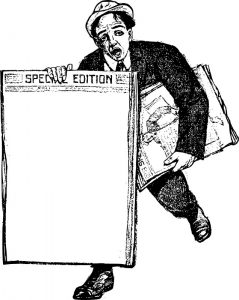 standing in the polls. Yet, despite the attention focussed on him, his is only one of the four largest parties according to pre-election polls, and one excluded from coalition government by the other parties. GreenLeft has increased more dramatically in the polls, and the Christian Democrats are also predicted to have about 20 seats, but I have yet to see any mention of these developments in the international predictions about the Dutch elections. Hardly any of the 27 other parties are mentioned in the many international media reports. (Fortunately for Dutch voters, there are a number of websites in which one can choose important issues and be informed as to which party has the most similar platform.) One would be hard pressed to find mention that Prime Minister Rutte’s cabinet is a coalition of his party with the Labour (PvdA), never mind what their policy priorities are. The brevity of media reports is leading to overly simplistic views, and, quite possibly, creating more fame for the minority politicians than they would have without the disproportionate media coverage.

Another problem which is becoming increasingly obvious, is sloppy use of terms which can easily bring a hurried reader to inaccurate conclusions. One which was particularly salient to me, was Donald Trump characterising Angela Merkel’s refugee policy as one of admitting ‘illegals’. It isn’t hard to spot the mischaracterisation: people admitted into a country by the government are obviously not there illegally. There is a second, subtle issue, which is the single characterisation: the refugees allowed to come to Germany are men and women and children; they may be teachers and housewives and lawyers; they may be traumatised, healthy, injured or disabled; they may like the colour blue or play guitar or write blogs. In short, they are humans who have different aspects to their identity, and none of those is being illegal.

But it is not only some politicians who should take care to choose their words more accurately. It is also reporters – such the reporter who did not decide to include a clarification in the BBC report quoting Trump’s words. A single sentence could have been added pointing out that the people allowed into Germany cannot be called ‘illegal’. The reporter then recovers his or her own objectivity, and thereby helps the reader develop an essential analytic eye.

The critical eye on the part of the reader, is crucial in picking out the bias introduced into a story. If one picks newspapers with different political slants, and reads the same story, one might realise that a reader is pulled towards a completely different conclusion in the different papers. This problem is exacerbated enormously by the personalised news stream.

I can still recall with perfect clarity the ‘aha’ of a moment in high school when a history teacher told us to ‘be careful of the adjectives’ if we researched topics using a particular news magazine as a source. And, once one looks carefully – consider the sentence with and without the adjective – it becomes obvious. the choice of words, especially the adjectives, shapes the reader’s conclusion from a story. In some countries, it can be very obvious that a certain point of view is encouraged. About a decade ago, I made a detailed comparison of the reports in two national papers in Ireland. I discovered that the reader would make contrasting conclusions depending on which newspaper he or she read. This is not the same as fake news, but it is a step along the way. Bias helps confirm a single opinion, whereas objective reporting leaves the reader with the freedom – and the responsibility – to draw his or her own conclusions. And so, with the Irish papers I tested, the social groups associated with each paper would not agree with one another’s conclusions. The slanted reporting helped keep the two social groups apart.

One theme that has been popping up repeatedly in media and in public discourse, is that of shared values. We are challenged by the loss of our self-view as being fairly homogenous, whether in colour or religion or in things held dear. Forming one’s own opinion entails the risk that others will not share that opinion. Making the same conclusions as one’s friends who read the same news sources, helps confirm our concept of having the same values. The only problem is that our sense of belonging is created by forming opinions which may be based on partial facts, or by the viewpoint indicated by the choice of adjective. We increase our feeling of belonging at the risk of truth and objectivity: we belong when we adhere to the same fiction. And this is very dangerous.

Recently, I attended a conference about radio and podcasts. As a photographer and blogger, listening to the perspectives of people who create only aural reports,  was very illuminating. I heard about some fascinating investigative radio, such as ‘Scene on Radio‘, which are well worth a listen. And I heard about the need to develop the storyline, the hooks which inspire listeners to keep listening to the end of longer shows.

These hooks are also necessary for print and on-line reporters. I would even say that these are some of the greatest dangers to robust democracy. We follow the exciting stories. As mentioned above, the outrageous and extreme words get a lot of coverage. The media coverage has made scandalous statements a commonplace way of getting media attention. After all, weren’t many stories about Donald Trump as a candidate ones with a hushed subtext of ‘can you believe….!’. It is the same with other populists, such as Wilders and the LePens in France. The coverage publicises their views, and our thrill with scandal keeps these extreme politicians in the limelight. It is our desire for a ‘story’, a hook to keep the readers and listeners, which is skewing the reporting. The need for a storyline and hooks to keep the readers reading, is reducing the objectivity which should be the touchstone of the media.

We as readers are called to hone our critical eyes, to watch the effect of adjectives, and to call for a varied and objective media. So much of the social conflict has been, in my opinion, created by simplistic models of what is wrong in our world. We are swayed from fear to fear by bits of news we have time to read in our busy days. It is possible that these fears – and the excited over-reporting – are giving some politicians more coverage than they deserve. Let us take up the responsibility in democracy, of working out what the facts are. This starts with a balanced, varied, and objective media.