Yesterday, there were elections in Germany. These were elections within three states of the sixteen making up the federal nation of Germany. Comment today reflects fears that the advance of ‘Alternative for Germany’ (AfD), a party which is becoming known for an anti-immigrant stance. 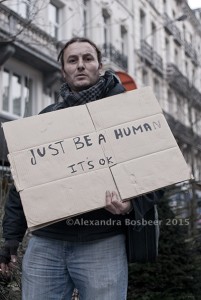 So, for many commentators, the state elections are being viewed through the lens of desire for evaluation of Merkel’s policy of accepting refugees.

There are a number of issues with this.

Of course there are problems with the AfD programme. Even on a practical level, testing the willingness of migrants to be integrated is quite an interesting challenge. My practical mind asks, how would one test that – and when? When people are in camps, when they have arrived in Germany, after a year or two of culture shock and language struggles? As someone who has often lived in countries which are different – but not so very different – from the culture of my parents, I can say that the psychological process of adapting to a new country, and the individuality of ability with languages, would make an objective and comparative assessment impossible.

There are undeniable problems with the EU’s handling of the issues facing Europe today. First among this is the dearth of compassion with regard to refugees. Other EU Member States are blaming Germany – and media commentators are supporting that trend – blaming Merkel for her policy of welcoming. To my mind, this ignores the seriousness of the situation that people are fleeing. It seems some politicians believe that people are simply seeking better economic prospects, not fleeing chaos, war, and human rights violations. This is where the compassionate eye is needed. And one must ask, what is the alternative? Building walls has created pools of desperate people, between a war at home and a safe haven that is denied. Building walls may keep the immediate visual evidence of the problem away from our homes, but it neither helps to solve them nor to alleviate the pressure. Merkel -and most Germans – continue to be brave enough to know the world is not ‘zero-sum’ – that it is a myth than we can only have enough if others are denied enough. Welcoming people is a policy supported by Germans – and, one hopes, by humans everywhere.